You may notice that my tone is different in this edition. Previously I strove for objectivity, but I couldn’t maintain it this week. Trump’s speech and the Women’s March, data on climate change and economic inequality – I couldn’t help but react. Perhaps you couldn’t either. In any case, I apologize upfront for my occasional editorial remarks.

TOP STORIES: From the Sublime to the Resisted Ridiculous 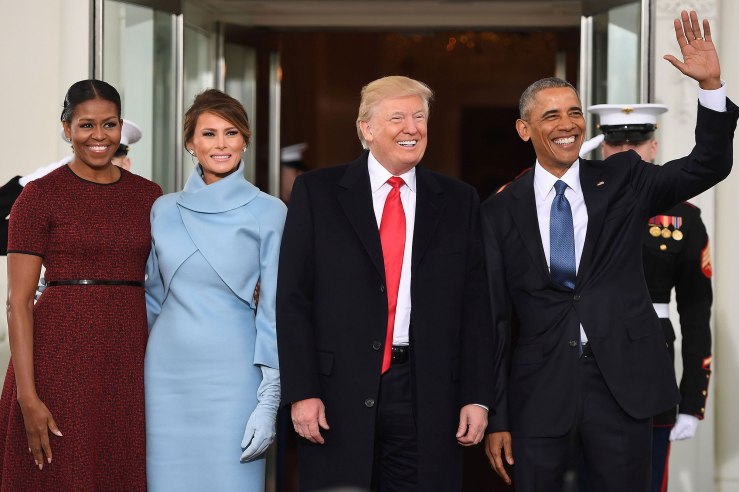 On Wednesday (Jan 18), Barack Obama – with grace and good humor, as well as warnings tempered with hope – told the White House press corps that he was looking forward to some quiet time and doesn’t plan to rush right back into the political fray. However, he did make it clear that he will speak out if he believes that America’s “core values” are at stake. Among the values he mentioned are freedom of the press, voting rights, absence of systematic discrimination, protection of children of undocumented parents, and the right to protest (quick read – NPR; detailed overview – NYT).

On Friday (Jan 20), Donald Trump was sworn in as the 45th President of the United States. I enjoyed watching the usual pomp surrounding the ceremony but was appalled by Trump’s inaugural speech. It was dark, filled with negative exaggerations about the state of the nation, but thankfully short, running 16 minutes. Trump spoke as if he were at one of his rallies – the same divisive rhetoric and belligerent “strongman” tone. What should have been an uplifting celebration of the peaceful transition of power felt like a funeral for American values.

Perhaps the most chilling part of Trump’s speech was his repeated use of the phrase “America First,” the name of “the isolationist, defeatist, anti-Semitic national organization that urged the United States to appease Adolf Hitler” CNN. He put forth a warped image of America as having lost its greatness due, among other things, to “the ravages of other countries … destroying our jobs.” (Inaugural story told with photos – NPR; detailed story of the day – NYT.) 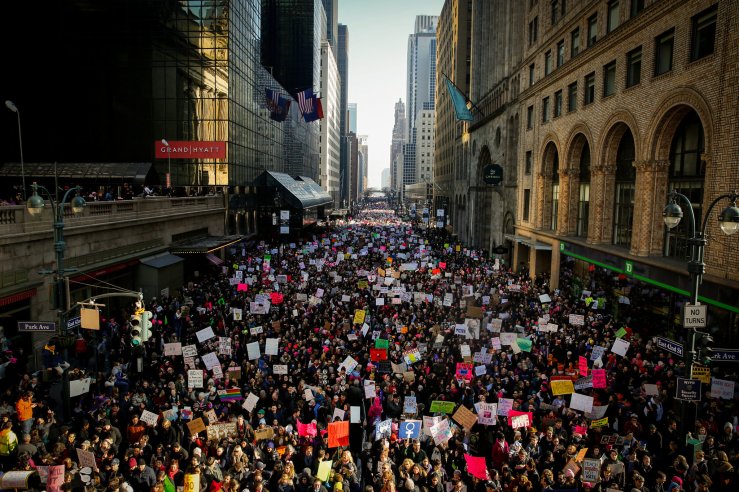 Wonderfully diverse crowds of women, men, and children – with and without pink “pussy hats” – marched. Trump’s frightening “America First” inaugural speech may have helped swell the crowds. According to crowd scientists, “The women’s march in Washington was roughly three times the size of the audience at President Trump’s inauguration” (New York Times explains how experts arrived at this estimate.)

In the U.S. alone, it’s now estimated that up to three million marchers turned out, from Washington, D.C. to San Francisco and many places in between, including our own Madison, WI with its estimated 75,000 to 100,000. Estimates for other cities include over half a million in D.C., more than 400,000 in New York City, and hundreds of thousands more in Chicago and Los Angeles. There were also large marches abroad – in Paris, Rome, Amsterdam, Berlin, Buenos Aires, and Sydney, to name a few, and even a small group in Paradise Bay, Antarctica (NYT, NPR, Milwaukee Journal Sentinel).

The marchers were there “to express solidarity with the aims of the original march: opposition to President Trump’s agenda, and support of women’s rights and human rights in general,” wrote NPR. Not only was it an anti-inaugural march against a new president who lost the popular vote by almost 3 million, it was also a call to mobilize a national movement for action on progressive issues like abortion rights, sexual assault, and equal pay, as well as “immigrant rights, police brutality, mass incarceration, voter suppression and environmental protection” (NYT).

USA Today reported, “The planet sizzled to its third straight record warm year in 2016, and human activity is to blame, federal scientists announced Wednesday” (Jan 18). According to paleoclimatic data, it’s been 125,000 years since the last time the earth was this hot.

“No leader can afford to ignore these results,” a leading economist told USA Today. And yet if the Senate confirms Trump’s nominee for the Environmental Protection Agency (EPA), Scott Pruitt, the results may be ignored.Not only has he sued the EPA 14 times in an effort to block clean air and water regulations, but also during his Senate hearing on Wednesday (Jan 18), Pruitt said that it’s debatable whether humans are part of the cause – a statement “not consistent with the scientific consensus on climate change” (NYT). Nevertheless, it’s likely that Pruitt will head the EPA.

Worth noting: “Less than an hour after taking the oath of office, the White House’s webpage on climate change disappeared” (The Hill)

Oxfam International, which annually releases data on the world’s wealth, announced on Monday (Jan 16) that 8 super rich men have as much wealth as the world’s 3.6 billion poorest people, half the world’s population. Oxfam’s executive director, Winnie Byanyima, called this disparity “obscene.” She said that economic inequality traps “hundreds of millions in poverty” and “is fracturing our societies and undermining democracy.” Six of the men are Americans. (NPR)

BEST FEEL-GOOD MOMENTS OF THE WEEK: all those wonderful videos and photos of Women’s Marches around the globe 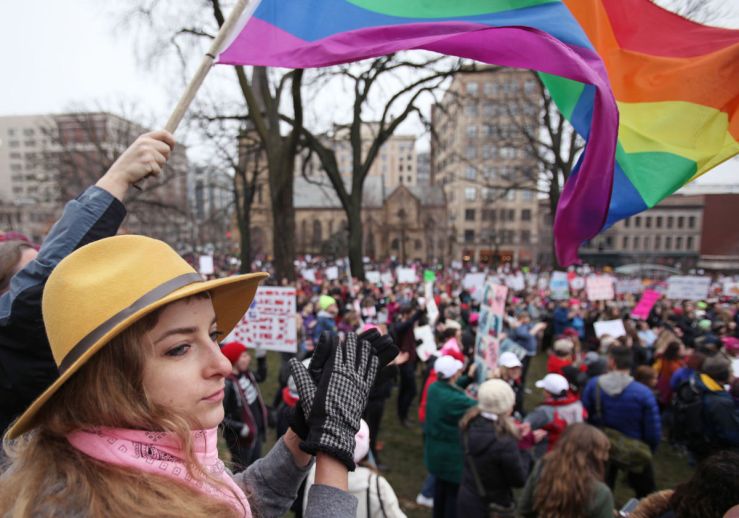